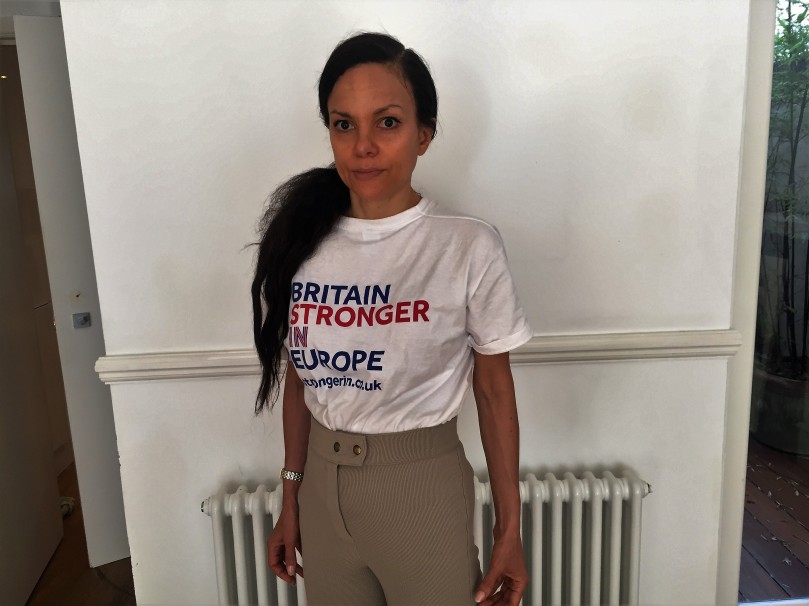 Shock and horror as wake up on the day after the Referendum to decision by the UK electorate to leave the European Union after vigorously campaigning for us to stay. Before I even switched on the news, I received a text message from a volunteer in Britain Stronger in Europe to say we had lost. I was not expecting this, insulated by living in the Remain bubble of London which voted 60% to stay. My local borough, Brent, where I organised almost a hundred events in the four days of polling week, voted overwhelming Remain. Feel out of step with the rest of England and am dismayed by what this decision means about my country. The liberal progressive outward looking forces have lost this argument. The Bank of England had warned that leaving the EU could cause a recession, higher inflation and unemployment. Almost every major British company came out in favour of Britain staying in as did the IMF, the WTO, and the institute for Fiscal Studies an independent think tank. The fact that all these voices, and that of the Conservative government which campaigned strongly to remain, were rejected suggests the British people value controlling immigration above their own economic self-interest. The job losses have already started.

I can see that a flood of Eastern European immigration since the European Union expanded may have depressed wages and that this could have been the deciding factor for people on lower incomes. And that people feel there is too much pressure on public services caused by migration. But EU migrants contribute far more to the economy than they take out. This extra money could be used to alleviate the pressure on public services. I fear the belief that leaving the EU will allow us to escape EU regulation will be proved to be a fallacy. If we want to export to the European Union, which takes over 40% of our exports, we will have to comply with their regulations.

And what does this mean for me? I have devoted my entire life to the campaign for Britain to stay in the European Union in the past few months. At its height I was coordinating and organising almost a hundred events a week. Before I got involved we were doing zero events a week. The campaign has changed my life. Before the only thing I was in charge of was doing occasional maintenance on my rental property and re-stocking my fridge.  But during the campaign I have been responsible for organising and leading the campaign in one of the largest boroughs in London with a team of well over a hundred volunteers.  I have been so efficient in organising all these events and people that no one knew I had any mental health problems.  The only management job I had while I was working at the BBC was failing to organise a tea round.

I cannot go back to my old life of just blogging and going to recovery meetings and therapy appointments. Since I have discovered these organisational and management skills I have to get a job in mental health. You might have thought it was a joke when I said I want to be the Minister of Mental Health but it wasn’t at all. The referendum will make this much more difficult as now the Leave camp have won their will be a purge of pro-Europeans from government. All my extensive activities for Britain Stronger in Europe will be anathema to the Leave Camp. But maybe as the Leave camp was accused of being racist and Xenophobic by its critics they will try to employ ethnic minorities to counter this claim.

Saturday before Brexit: all is quiet on the campaign front as it has been suspended after the murder of Labour MP Jo Cox a prominent Remain campaigner.  Spend the day publishing and promoting my blog on Facebook and Twitter. When this is over switch my attention to refining my plans for polling week where we will put on an unprecedented number of events. My house is now so full of leaflets it now looks like a Britain Stronger In Europe distribution factory.

Sunday before Brexit: A bloginhotpants type disaster as I am due to attend a Stronger In event for a thousand people to form the words IN in Hyde Park.

As the email invitation says that the nearest tube is Queensway in Bayswater I spend an hour trying to find the event which is actually at the other end of the park. Arrive at the end of the event as everyone is leaving. Decide will keep this quiet from contacts at Conservatives In as will tarnish my new found image of promptness and reliability.  Spend rest of day planning activities for polling week. Pre-polling day activists meeting goes on till 10pm and is very well attended.  Excitingly a posh attractive Asian looking volunteer is at the meeting and I wonder if he could be Mr Right. Then see that my unavailable man antenna are clearly in force again as he is wearing a wedding ring..

Monday before Brexit:  Refining plans for polling day and polling week. This is complicated by the fact that I have to drive about 50 miles across Brent to leaflet at a school and am due to spend 3 hours at a meeting of councillors in Harlesden to make a speech about the European Union. Am now so blasé about public speaking because of the campaign that I spend not a second preparing the speech. Speak to the Muslim Labour leader of Brent Council who though not particularly tall is very attractive. Also, despite the White Man Apocalypse in which I’ve stopped fancying white men, I also thought the Prime Minister David Cameron was hot when I met him a week ago. I wonder whether I am attracted to power? Stay up till midnight refining plans for polling day and do not eat till after midnight. This obsession with the campaign is almost as bad for my eating habits as my previous 10 hour a day OCD.

Tuesday before Brexit: Still juggling last minute changes to events this week and trying to cram in more schools leafleting as they will almost all be closed on polling day. As I am spending 6 hours a day at events this is holding up the publication of my polling day plans. Have secured a ticket to the Great Debate between prominent Leave campaigner Boris Johnson and the leader of the Scottish Conservatives and first muslim mayor of London Sadiq Khan who support Remain. David Cameron is not taking part – critics say he is scared of losing to Boris Johnson. Am already late when get a call from one of the bigwigs at Conservatives In whose ticket I have saying that I must leave immediately as the doors are about to close. As me providing his ticket is great opportunity for hobnobbing with Conservatives and anger could be provoked if I fail to turn up, I sprint to the station and hold my breath for most of the tube journey. Run to the arena faster than Usain Bolt on speed. Have been hoping that can use the debate to find ethnic Mr Right but rush there covered in sweat with hair looking like a hedgerow. The debate is partisan so we only cheer those speakers from our side and try to compete with the extremely noisy leave supporters. Boris Johnson head of the Leave campaign finishes the debate with a call for 23rd June, the date of the Referendum, to become our “Independence Day” in which we “take back control.”  The Media and pundits say leave have won the debate. 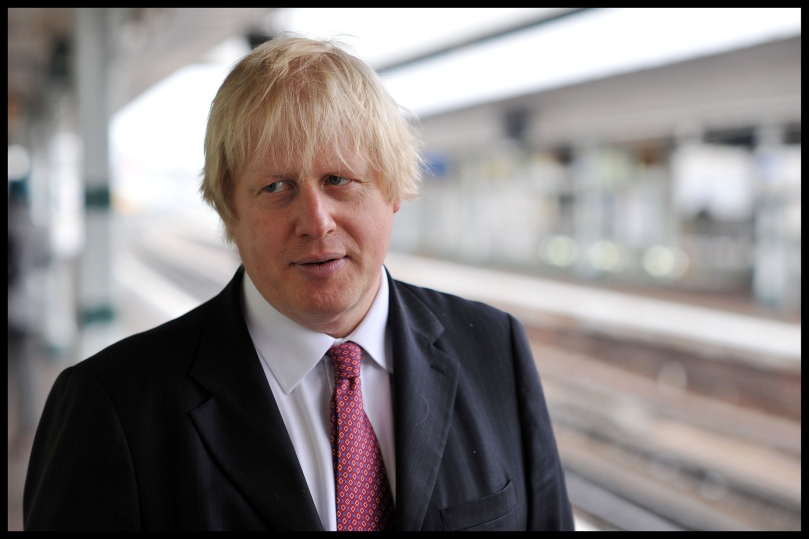 Wednesday before Brexit: Still juggling current week’s activities and attending several events and have not published my polling day plans. Have therapy session via skype in which we reflect on the new managerial and organisational skills that this campaign has shown I have. Also that putting my head above the parapet by writing the blog and exposing myself to criticism has started to prepare me for the rough and tumble of a career in politics. Rush off to a school and do not finish my polling day plans till midnight. But have already confirmed with those volunteers who will be active what they are supposed to do. Again eat at crazy hour of 12.30 am which is just as bad as during my nervous breakdown. Debate about what time to set the alarm the next morning but eventually opt for a lie in. Need to be at my local tube station at 7.30 am and set the alarm for 7.29. Do have slight fear that if I do this the entire morning’s activities will fall apart but decide I have mental health problems and need my sleep. 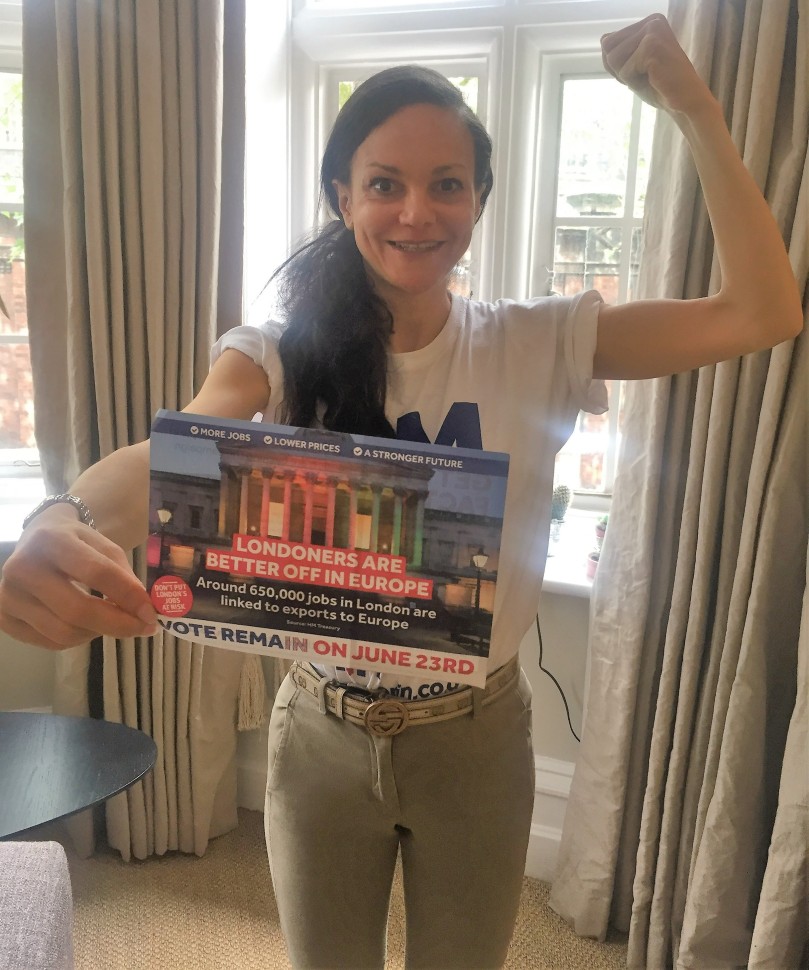 D-Day Polling day: Wake up at 4.30 am as I cannot sleep and decide that, if I am going to get myself together for polling day and then coordinate everyone else, I’d better get up straight away. Start hassling people at 6.30am by text to make sure they are going to turn up to the morning’s events – leafleting at all the major tube stations in Brent – and have all the campaign materials. Disaster looms over the morning as there is torrential rain. But after I send an encouraging text to the volunteers only one person out of dozens who have been deployed fails to turn up.  When I call several of the primary schools we are supposed to be leafleting later that day they appear to be closed. We have to do a quick reshuffle to visit those that are open. Vast numbers of people turn up to the campaign HQ to volunteer so we have loads of extra people for our activities. Although I had imagined that I would be campaigning all day, to use my persuasive campaigning skills, realise that cannot do anything apart from being on the end of the phone to coordinate people who cannot find each other. Disaster strikes at 4pm as my internet goes down just as I need to email everyone the canvassing sheets for the night to go around door knocking and “get out the vote.” Eventually sort this email problem out but not till after some heated rows with other volunteers. As everyone starts with the door knocking my day starts winding down and I start to think about dinner. All the feedback from the door knocking is very positive so I go to bed shattered but optimistic.

The next day after the result feel like I am hallucinating in the gym as my life has gone back to normal. There will be no more meetings for me with the Prime Minister and the Mayor of London now the campaign is over. Indeed the Prime Minister has resigned. Instead of being in charge of organising a hundred volunteers and almost a hundred events a week I am now solely in charge of confronting my fears of terrorists on the tube to get to my therapy appointments on time. Have various conversations with political bods about future career in politics and am asked if I will stand as a local councillor. But get no reply from my voicemail message to Nicolas at Conservatives In. I guess I’ll have to take a rain check on being the Minister for Mental Health.